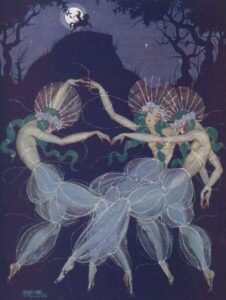 Last night I lived in the dreamworld.

I opened my eyes and found myself on a couch. My head and back were resting on the arm of the couch and my feet were resting in the center. On the other side was a man, similarly positioned. I recognized him immediately as my other half and the home as my home in the dreamworld. I have seen him many times, but only while dreaming and once during a past life regression, but I have felt his presence my whole life.

I knew immediately that I was dreaming and began to anchor myself to ensure that the dream remained lucid. He seemed drowsy and I realized he was dreaming.

I called to him and tried to let him know I was really there, but he responded as a dreaming person would. Finally, with great concentration, he saw me and then slowly, lethargically reached to hold me. I tried to wake him again and this time he blinked his eyes several times and began to anchor. He started crying and told me that he thought I had died. I started crying and told him I wanted to stay in the dreamworld, it was where I belonged and I had missed him so much. We held each other and talked and loved.

Whenever I am in the dreamworld, there is such a sense of “rightness” and overwhelming love and connectedness. I am often taught lessons and are shown concepts that would be impossible learn in this “reality”. I believe that place is gateway to all that is.

Later in the day he said he knew someone that could help me permanently anchor to that place. He took my hand and we went to an old woman’s house. She invited us into her living room and said that she could help us, she could keep me in that reality. Even though it was difficult, she knew how and had done it several times. She said she needed another person from the dreamworld to act as a conduit to temporarily hold my spirit while she transitioned me over.

She called a young woman in from another room and asked her to lie on the floor. There was a complicated device under a glass dome which had a silver handled conductor extending from it. She handed the conductor to the woman who had volunteered to be the conduit for me. She told us both to lie down on the floor next to each other. She then said that I needed to be very still so that my full spirit could easily jump from the conduit woman into my new body. Because I was trying so hard to stay still, I couldn’t turn my head, but I heard her turn the device on. Almost immediately, I heard some electrical crackling and smelled burning and then someone said, “It is shorting out!” and I was immediately fully awake in my bed here.

Today I am a little disoriented and missing my dreamworld.