The Shells We Wear 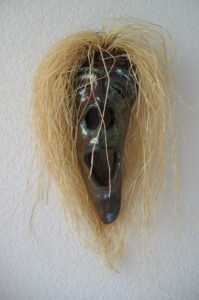 I struggle sometimes. When you look at the big picture we are here on Earth for a relatively short amount of time wearing our shells (or earth suits) and loose out on SO MUCH because SO MANY look at the shells rather than what is inside. We rob ourselves of meeting, and, getting to know many wondrous souls because of this.

AGE
A while back I met this girl in class. Things mutually clicked (& sparked). We shared lunch together, and., we met up the next weekend enjoying the company, conversation & connection until we discover she thought I was 10 years younger and I thought she was 10 years older. Instantly there is a twenty plus year age gap and she puts up a wall (we still talk sometimes)
I have known old souls who were 14 and young souls who were 84. Except for some practical things (family, kids, etc.) that probably should be considered I just don’t get it.

GENDER
I’ve had the privilege of meeting awesome girls that were lesbians and awesome guys that were gay. I’m so blessed and have been enriched to know (or have known) them all. I have yet to meet a guy that rocks my world (and one of the features of my shell is that I truly enjoy how the male & female body fit together) but I imagine I would explore it if it were to happen. I also have been accused of being a lesbian in a mans body. Do with that what you will. Again, I don’t get it.

RACE
Geez, do I really need to type anything here. Get over it already. The rainbow of delightful souls I’ve met stuns me and that this still is an issue for some still throws me off.

I’m sure I’ve missed other elements of our shells but you get the point.